This page shows examples of different types of literature circulating in Paris in the days surrounding the Reign of Terror, including declarations, essays and news articles as well as propaganda, political satire and lampoon, and other exhortations. There is no doubt that time was ripe for change in government and France was in crisis, the reasons for which were quite different from what was being depicted and disseminated in the information of the day. At times when revolutionary change is necessary and fighting is inevitable, the hope is that the fight is over things that are true. 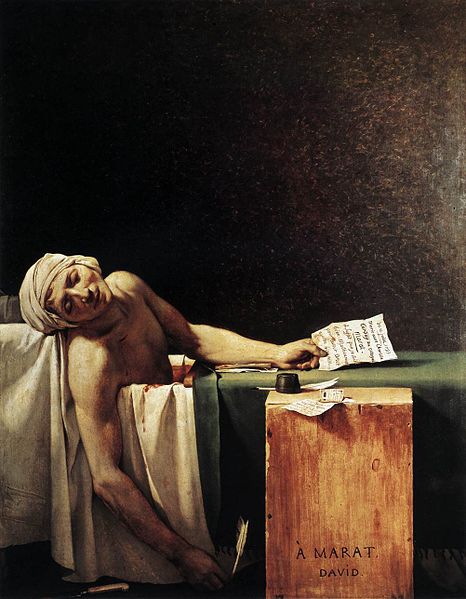 Image Credit: ‘The Death of Marat’ by Jacques-Louis David (1793), from the Royal Museum of Fine Arts, Brussels. Public Domain via Wikimedia Commons. 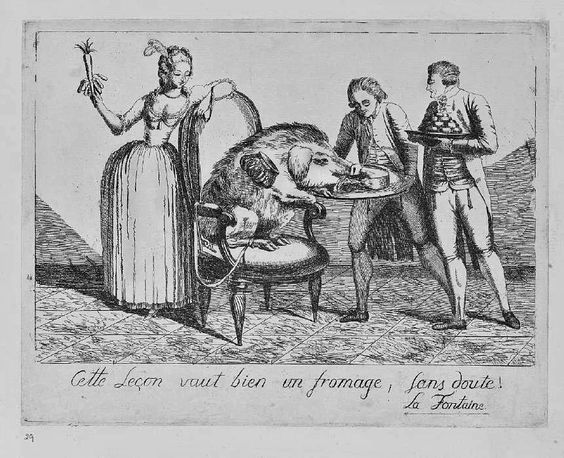 In the 1780's, the streets of Paris were flooded with "Libelles", which were a lurid form of literature intended to smear the aristocracy and royals. Marie Antionette was a frequent target of these characterizations. Ostensibly, Marie Antionette was tried and convicted of treason, a crime of which she was indeed guilty by the laws of the Republic. However, she was actually put on trial for fictitious deviant acts as depicted in propaganda pamphlets. 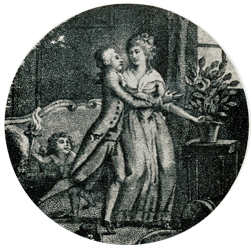 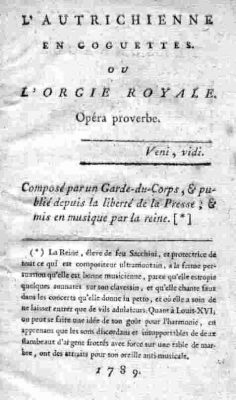 With a headline like this, it is not necessary to know French to figure out the content of this pamphlet.