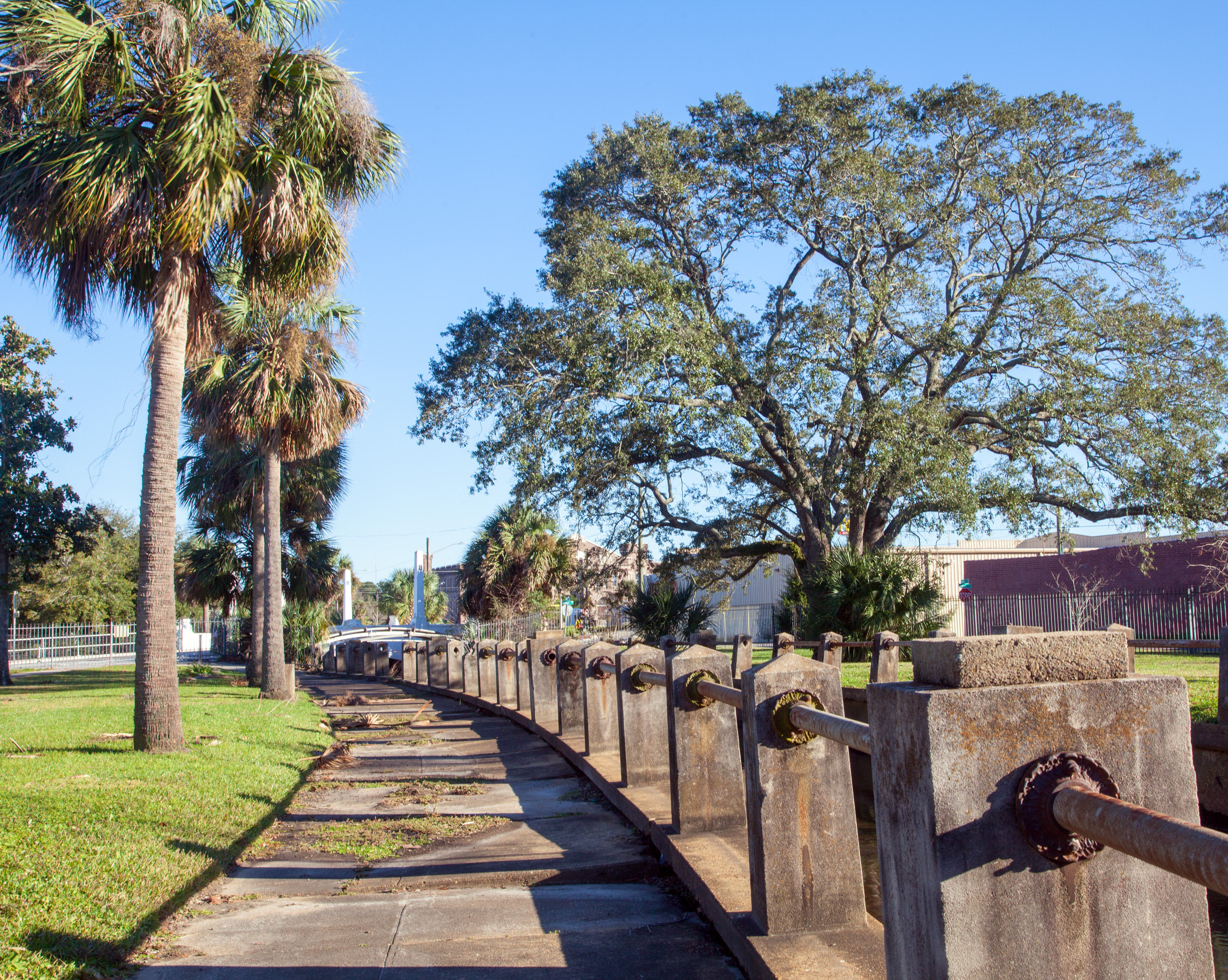 Springfield Park, located at 956 Hubbard Street, opened in 1907 when the city purchased the 20 acres between Main and Liberty streets to connect the grounds of what was then known as Springfield Park (now Klutho Park) and the Waterworks to create a continuous greenway running along Hogan's Creek to the St. Johns River. Originally named Dignan Park after Peter Dignan, a City Council member and chairman of the Board of Public Works who became the center of an anti-Catholic backlash when he was appointed postmaster in 1914, the site was rebranded as Confederate Park five months after the United Confederate Veterans celebrated their 24th annual reunion there May 6-9, 1914. The event drew 8,000 veterans and a total of 70,000 visitors to the city.  It was not until August of 2020, after significant community outcry, that City Council finally voted to remove the reference to the Confederacy in the park's name. 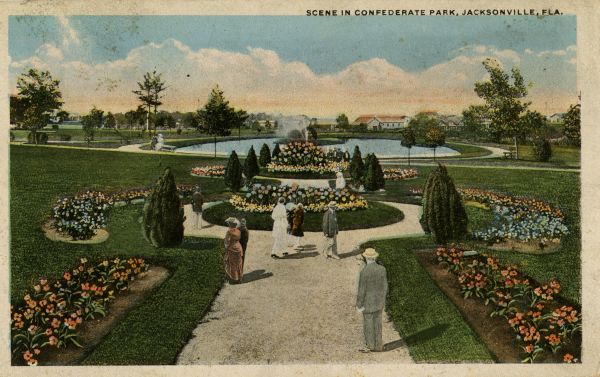 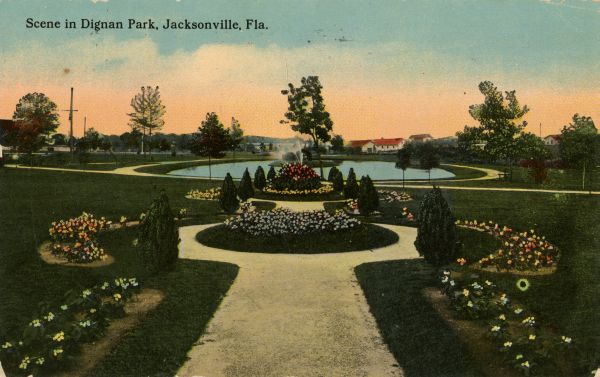 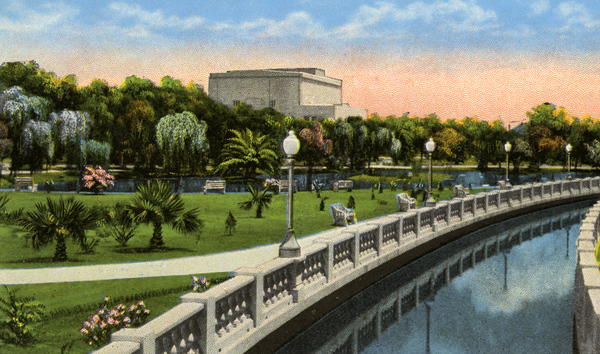 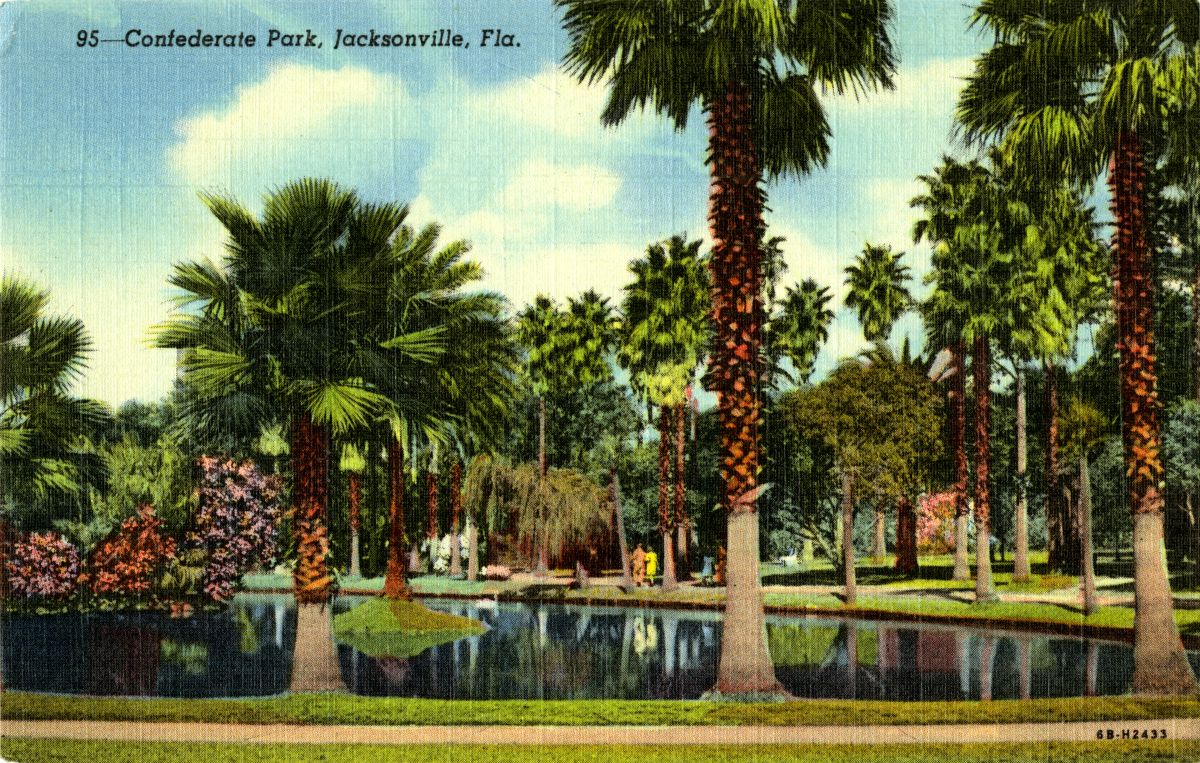 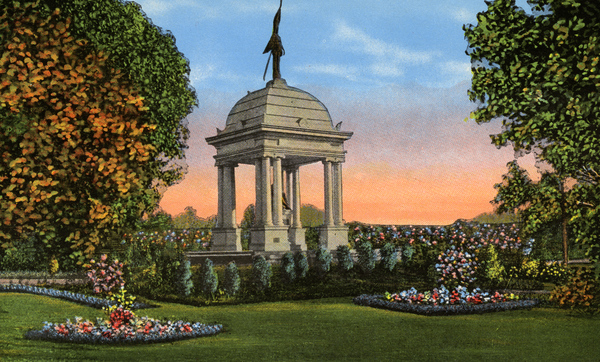 Confederate Park was opened in 1907 as Dignan Park. The Confederate Monument honoring women of the Southland was dedicated in 1915. 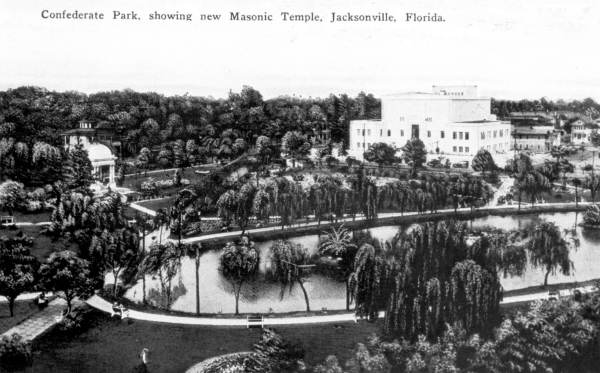 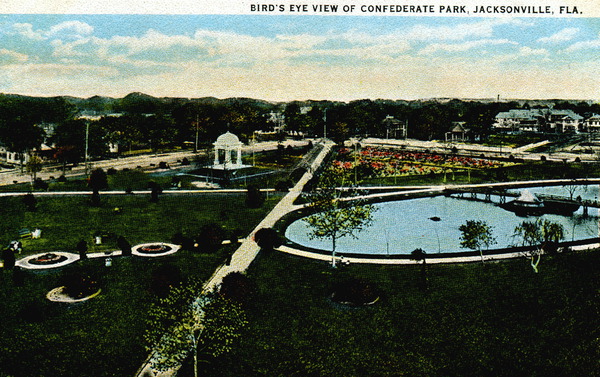 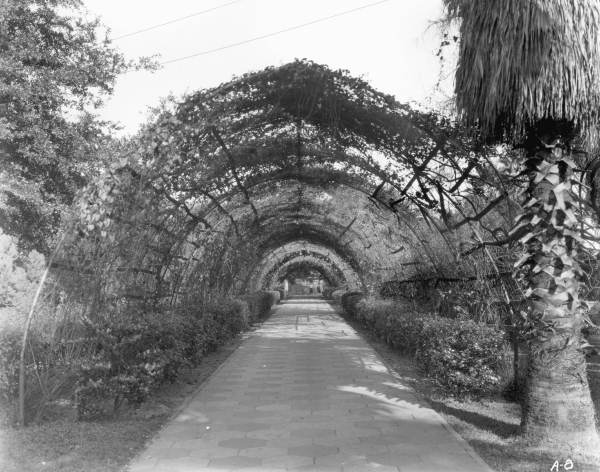 For years, a ten-foot alligator named Joe made his home in Jacksonville, moving from his initial home at the Waterworks, to Dignan Park in 1913, to Hemming Park, before finally settling in the Jacksonville Zoo in 1915. Read more about Joe's life and travels (and whether there was more than one Joe) in this Call Box response from November 4, 2018's Florida Times-Union. You will need to log in to see this content.

The Public Park System in Jacksonville 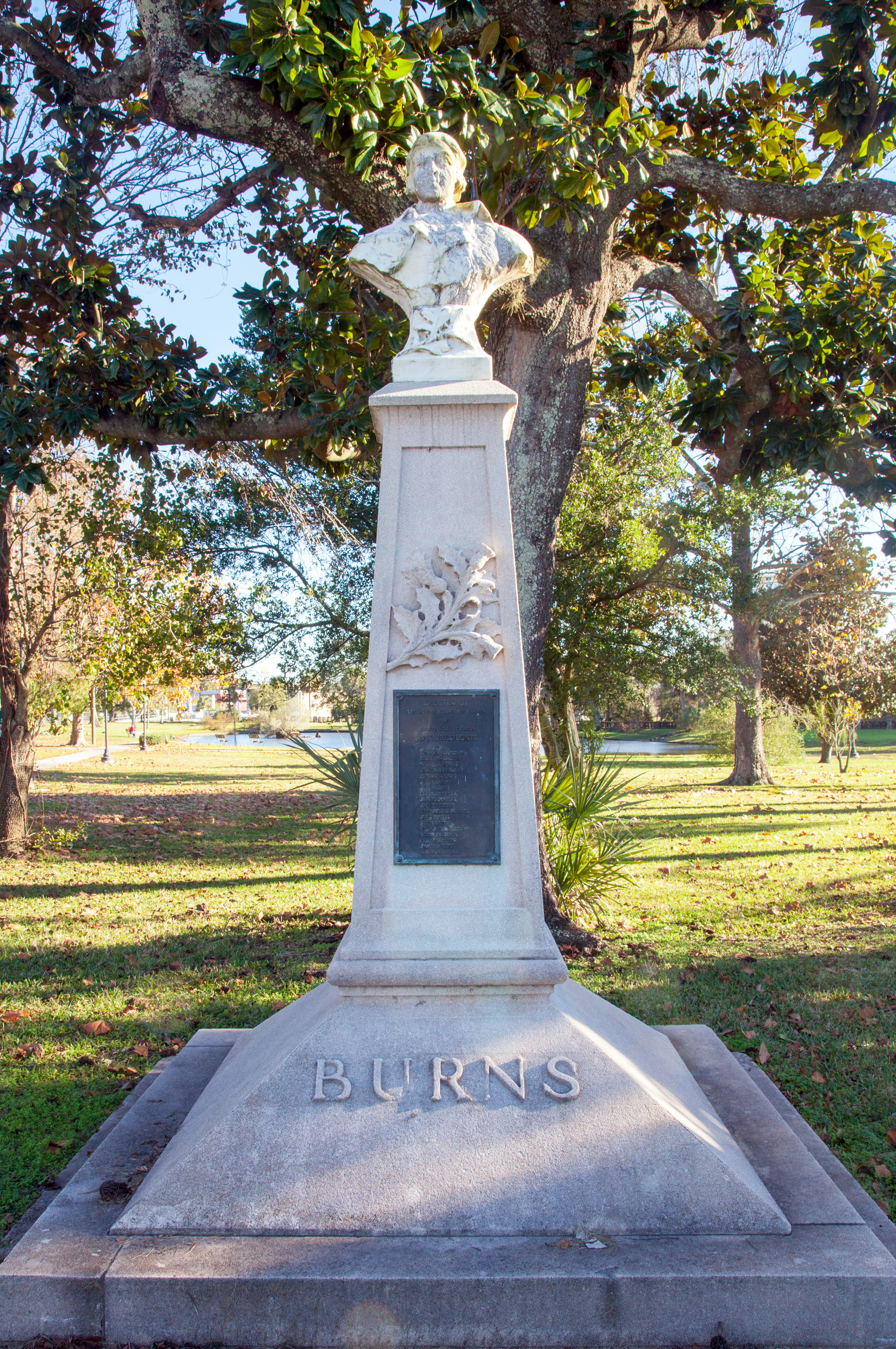 A sculpture of Robert Burns, also resides in Confederate Park. Robert Burns was a Scottish poet and songwriter (1759-1796).  According to the Art Inventories Catalog of the Smithsonian American Art Museum, the bust, by an unknown sculptor, was dedicated on August 27, 1930, by the Robert Burns Association. The limestone bust sits atop a concrete shaft.  The shaft contains a thistle emblem to signify Burns' Scottish heritage. 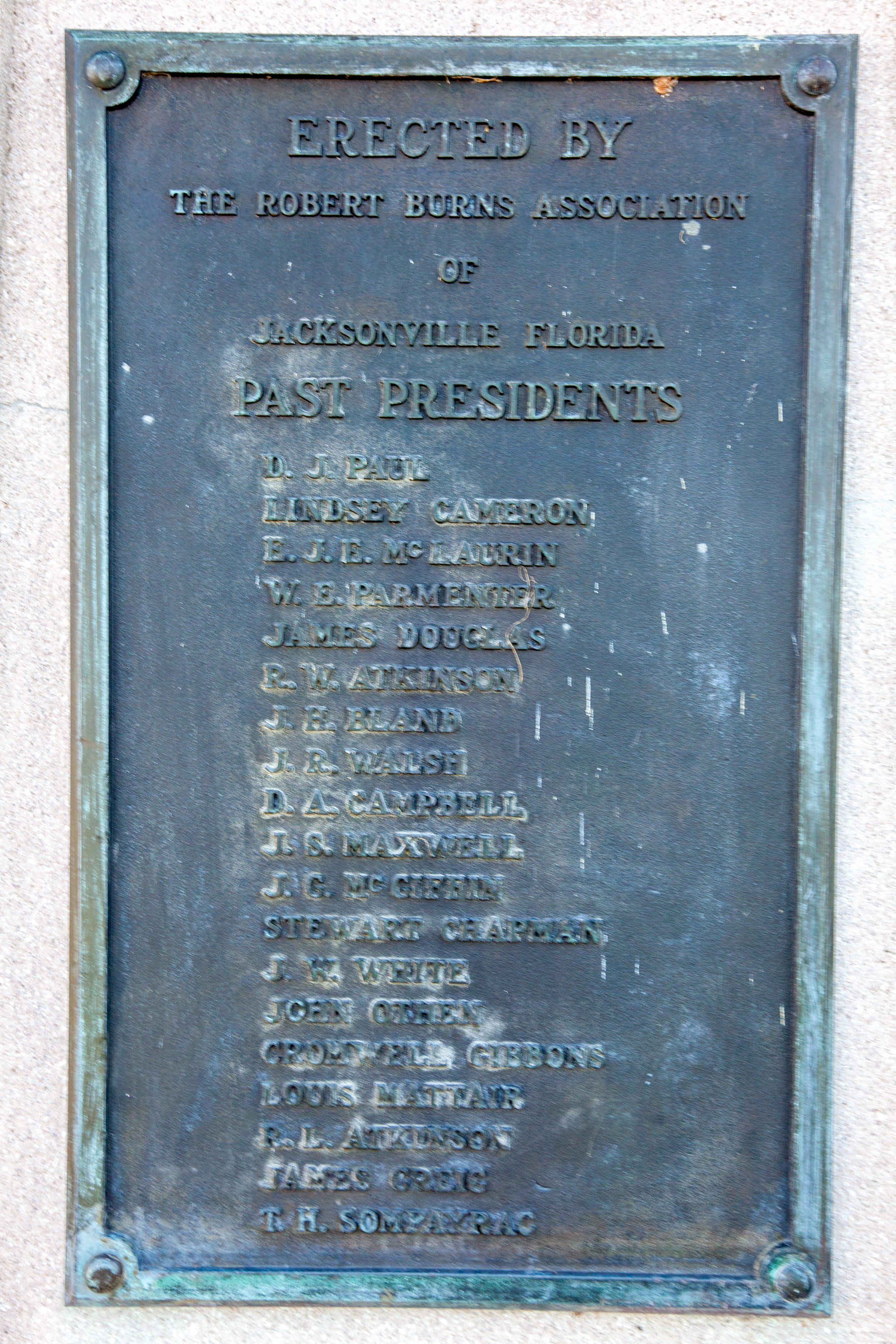 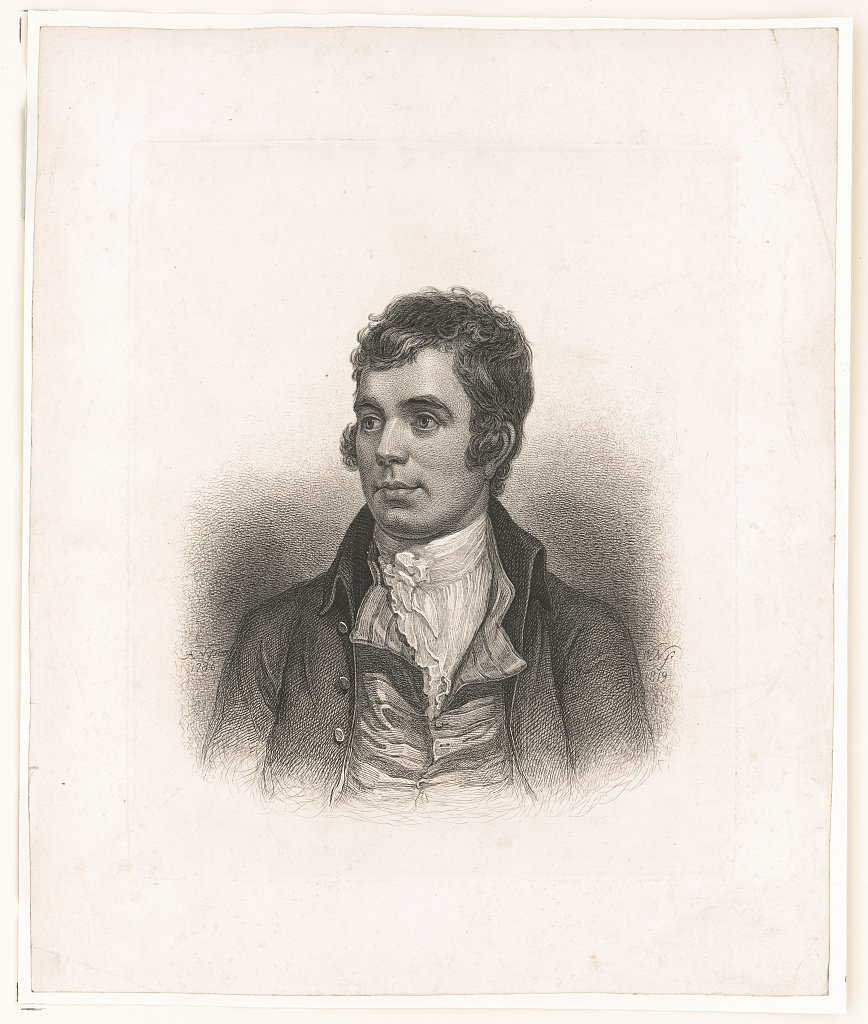 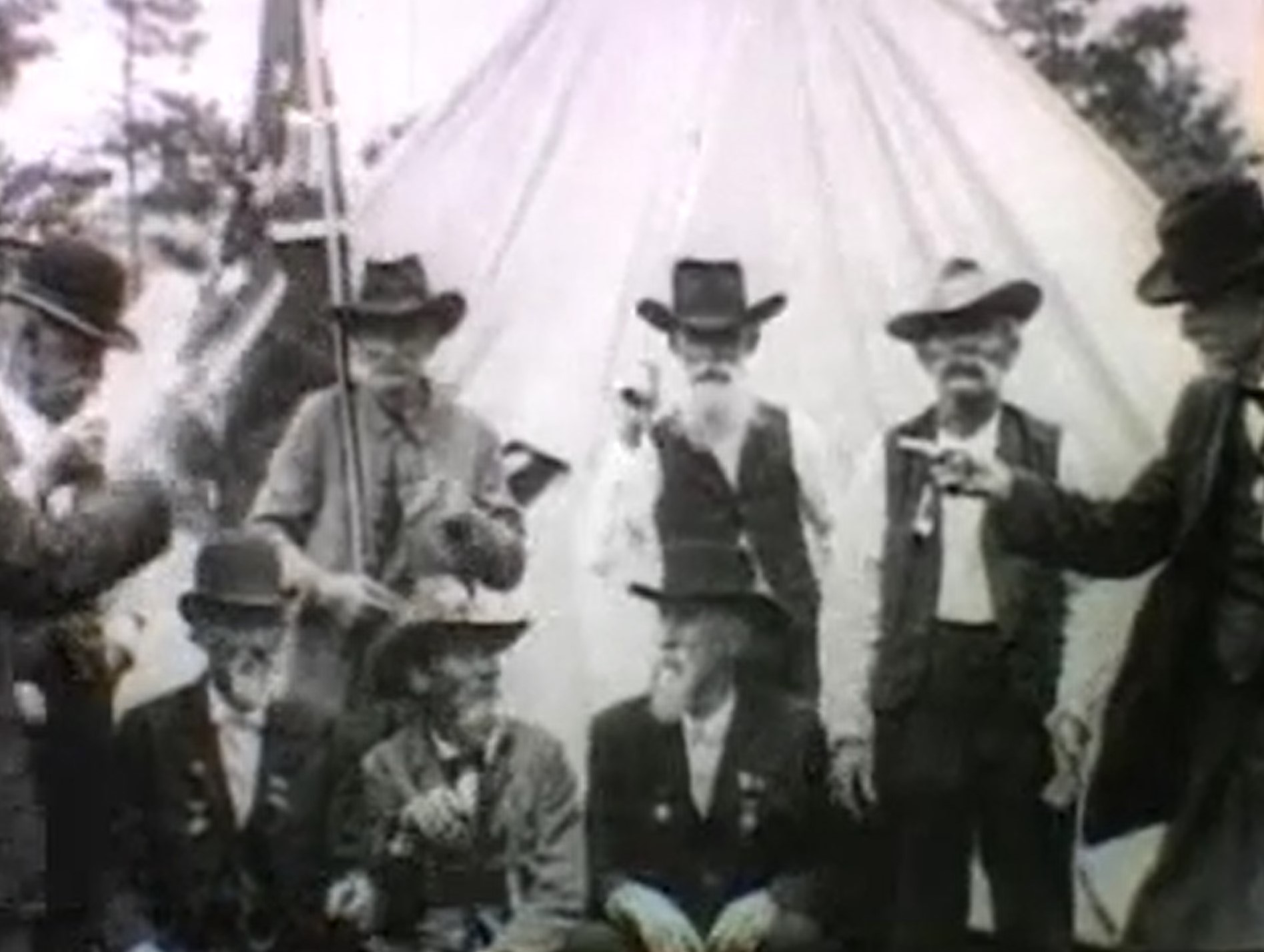 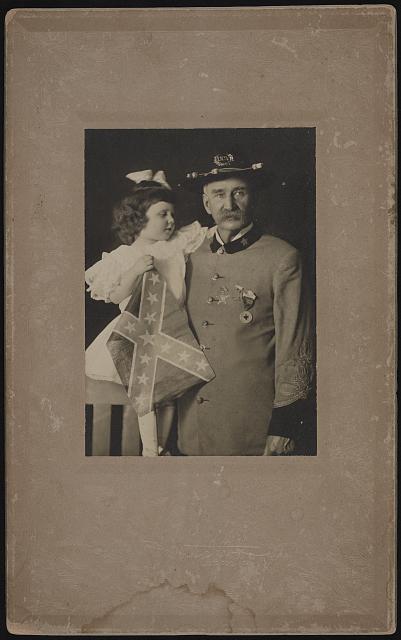 The Lost Cause of the Confederacy is a concept that presents the American Civil War (1861–1865) as an honorable struggle in which the South fought heroically for the purpose of states' rights and Southern culture. Most modern historians discount  the Lost Cause as an attempt to downplay the role of slavery as a root cause of the war.

Florida's Tribute to the Women of the Confederacy 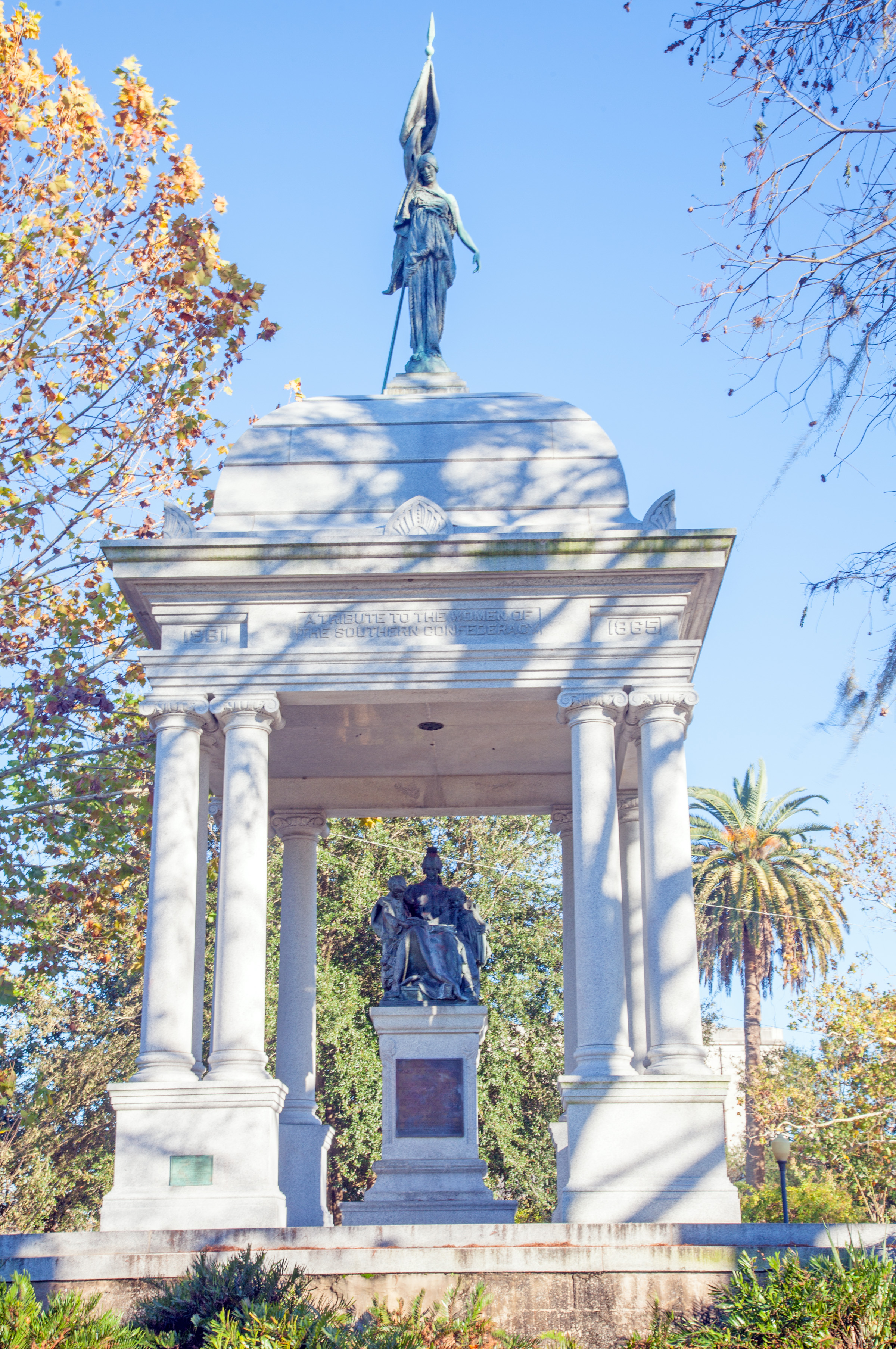 On October 26, 1915, a new monument entitled, Florida's Tribute to the Women of the Confederacy (a.k.a. Monument to the Women of the Confederacy) was added to Confederate Park. The monument cost twenty five thousand dollars and was commissioned by the Florida Division of the United Confederate Veterans. The Florida legislature contributed roughly half of the cost. The bronze sculpture was created by Allen George Newman (1874-1940).  McNeel Marble Works was the contractor and Jno. Williams, Inc. was the founder. The Art Inventories Catalog of the Smithsonian American Art Museum describes the monument as a large structure with a standing female on the roof, and a seated female inside. 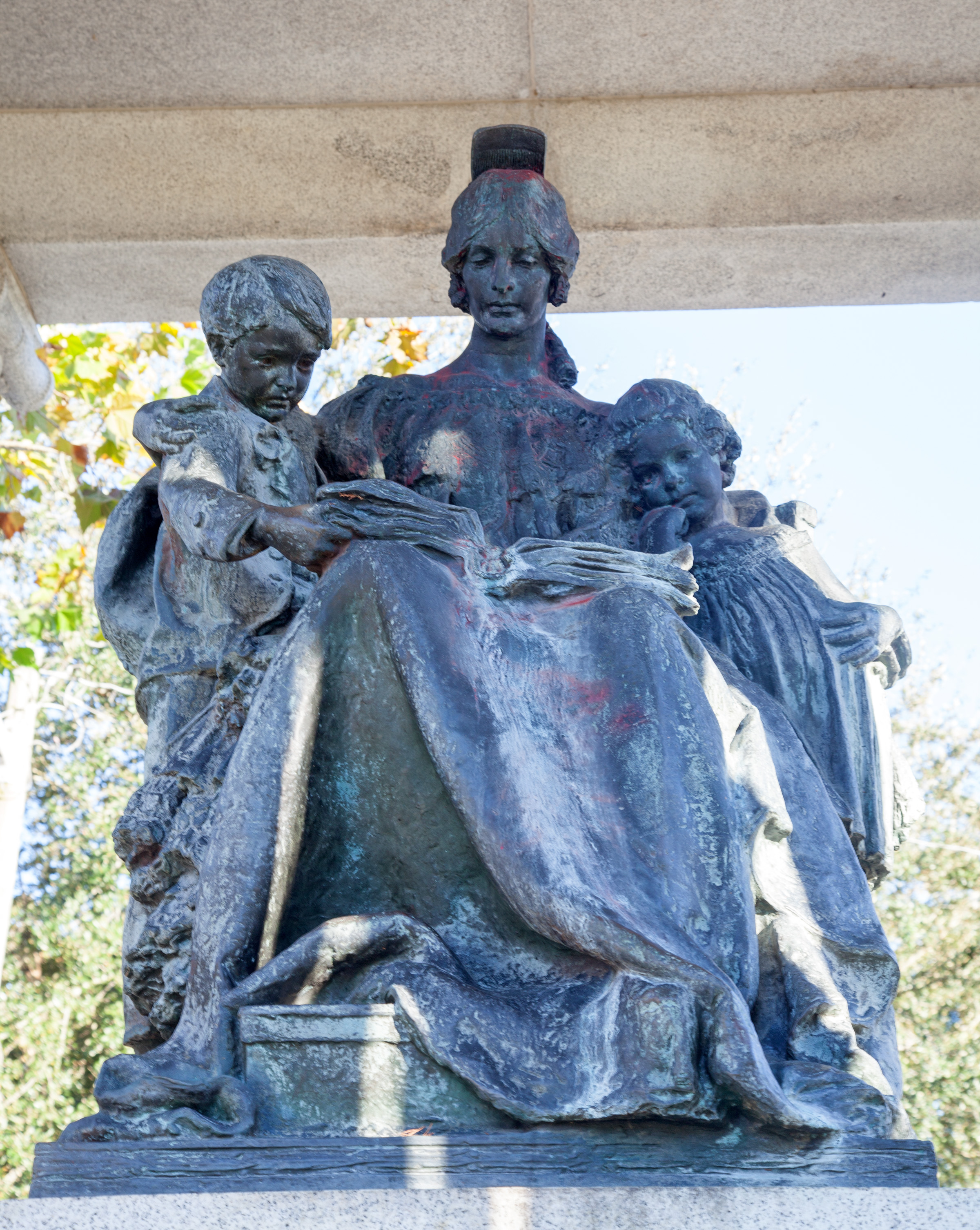 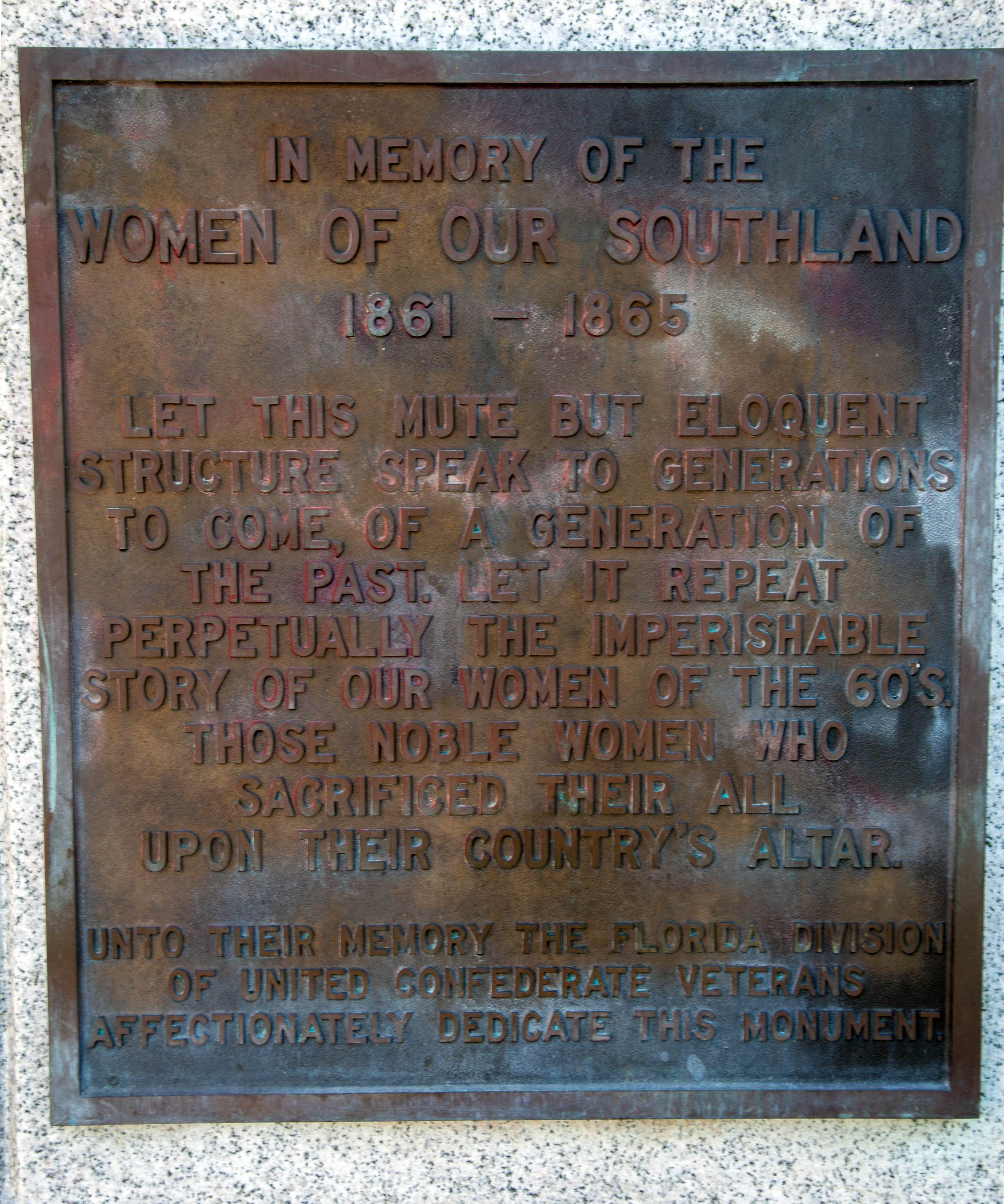 The plaque at the base of the seated figure reads as follows:

Over the last few years, and particularly since the deadly 2017 "Unite the Right" rally in Charlottesville, VA, there has been an increasing amount of discussion over the appropriateness of monuments to the Confederacy on public lands, colleges, and universities. Groups like the American Civil Liberties Union (ACLU), the National Association for the Advancement of Colored People (NAACP), and the Southern Poverty Law Center (SPLC) are calling for the removal of these monuments, or for the addition of contextual signage.  While a 2017 Reuters poll shows that a majority of Americans want confederate monuments to remain, a new poll by Winthrop University shows that a majority of Southern state residents want to do something about the monuments—move, remove, or add new signage.  Here in Jacksonville, community groups including TakeEmDownJax recently offered a "History Revealed" walking tour of Jacksonville's racial past.  Their goal was to raise awareness of the issue and gain support for removal of local monuments. The President of the Jacksonville City Council also called for the removal of the monuments from city property. In March, 2019, community activists called for an economic boycott of the City until the monuments are removed.  According to a 2017 Florida Times Union article, Jacksonville residents are divided on the issue with approximately 53% of voters opposing removal and 38% in favor. The controversy is likely to continue.