Getting to Know Jacksonville

Downtown Jacksonville - The website of Downtown Vision, Inc. (DVI) is the Business Improvement District (BID) for Downtown Jacksonville. DVI is a not-for-profit 501(c)6 organization whose mission is to create and support a vibrant Downtown and to promote Downtown as an exciting place to live, work, visit and invest.

Jacksonville Historical Society - Founded in 1929, the JHS works to educate and inspire the greater Jacksonville community to value its history by fostering understanding of how the region’s past shapes our present. The site contains a limited number of images, as well as a searchable collection of articles on Jacksonville's history.

JaxPsychoGeo - Run by FSCJ Professor Tim Gilmore, JaxPsychoGeo is is a way to explore Jacksonville's most fascinating locations through hundreds of stories. 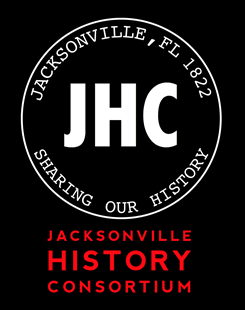 Formed in 2003, the Jacksonville History Consortium brings together the many organizations preserving Jacksonville's history. The site offers a comprehensive list of the various archives, memorials, museums, and neighborhood associations which collect and share items and documents related to different facets of Jacksonville's past. A loose description of each location's archival holdings is also provided to help researchers narrow down their search.

The National Archives and Records Administration is an independent agency of the United States government charged with the preservation and documentation of government and historical records. Their collection of items related to Jacksonville include maps, videos, photographs, architectural drawings, and applications to the National Registration of Historic Places for various properties around the city. 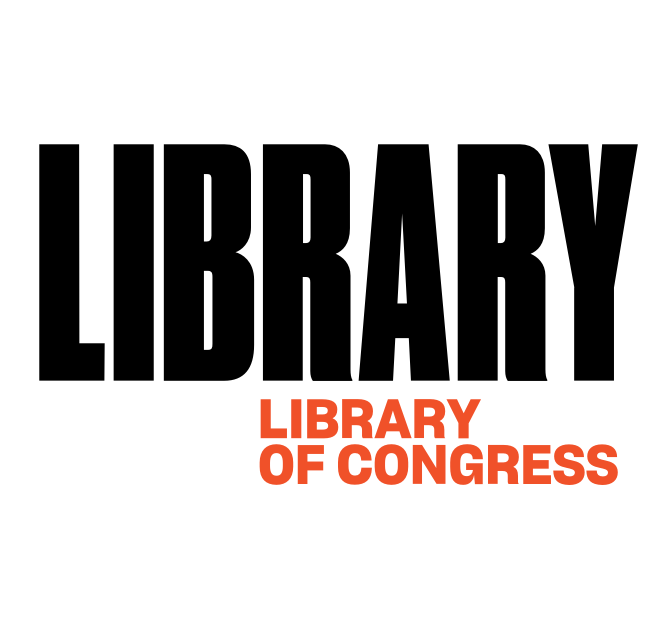 The Library of Congress is the research library that officially serves the United States Congress and is the de facto national library of the United States. Their collection of items related to Jacksonville include maps, photos, manuscripts, videos, and audio recordings.

The Florida Historical Society, organized in 1856, collects, preserves, and publishes material related to the history of the state and its residents. Their collection of items related to Jacksonville includes photographs, pamphlets, books, and more. Their site also provides links to both their podcast and television show, both of which feature episodes highlighting Jacksonville. 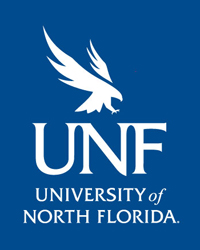 UNF Digital Commons is a service of the Thomas G. Carpenter Library. It is a digital representation of the research, scholarly output, and special collections of the University of North Florida community, and includes photos, publications, and ephemera related to Jacksonville. The Commons also includes specific collections on Bethel Baptist Church and Eartha M.M. White.

Florida Documents Index (1967-Current): This online database identifies publications housed in the Florida Documents Collection at Florida Atlantic University (FAU). The collection includes public documents distributed by the State Library of Florida since 1967 under the Florida Public Documents Depository Program. FAU began systematically collecting Florida documents early in 1966 and has since been able to acquire a substantial number of state documents published prior to that date.

The Florida Times-Union - Founded in 1864, Jacksonville's daily newspaper is the oldest in the state. It began its current incarnation in 1883 when the Florida Union merged with the Florida Daily Times. You can read a history of city's oldest paper in this December 2020 article from The Jaxson.

Financial News & Daily Record - The Daily Record publishes news, profiles and articles of interest to the city's urban core's business, financial and legal communities and has done so since its founding in 1912. Their archive is located on Issuu.

The Florida Star - Founded in 1951 to support Jacksonville's black community during an era when mainstream news was not covering the Civil Rights movement, the Star is the oldest African-American newspaper in Northeast Florida. Digitized editions of historical issues from 1956 through the 2020s are available in UF's Florida Digital Newspaper Library.

J Magazine - Launched by The Florida Times-Union in 2017, this quarterly magazine covers all aspects of Jacksonville life.

Jacksonville Magazine - A regional lifestyle and general interest magazine published monthly in Jacksonville since 1983, it was originally known as Jacksonville Today.

The Jaxson - Launched in 2018 by Modern Cities and WJCT Broadcasting, The Jaxson is a multimedia project dedicated to urbanism and culture on Florida’s First Coast.

Resident Community News - Founded in 2007, the Resident is a monthly publication highlighting the neighborhoods of Riverside, Avondale, Ortega, Murray Hill, San Marco, San Jose and St. Nicholas. Their archive is located on Issuu.

WJCT - The community-supported public broadcasting station for the First Coast, WJCT launched its television station on September 10, 1958. In 1972, the station now known simply as WJCT-FM took to the FM airwaves as Stereo 90. 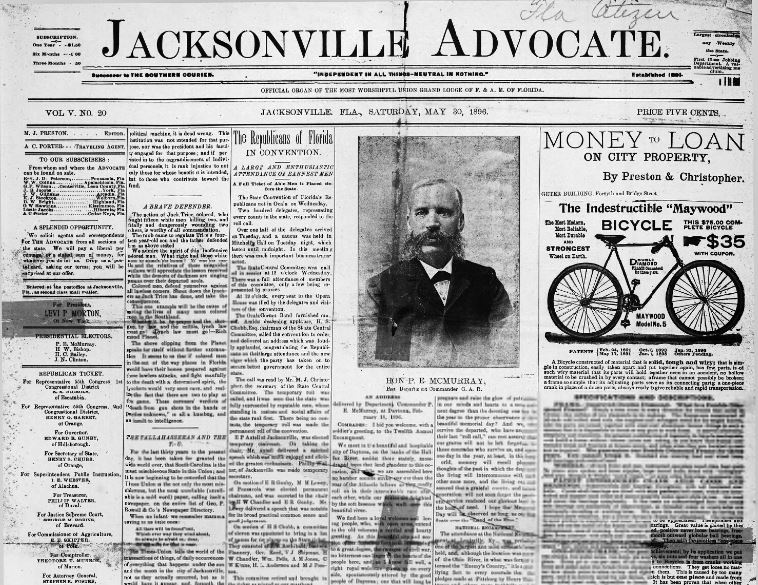 David Magazine - Published out of Jacksonville from roughly 1970-1974, this magazine catered directly to Jacksonville's gay community. You can read more about its history in this piece from The Jaxson. Please note that this title may contain adult content.