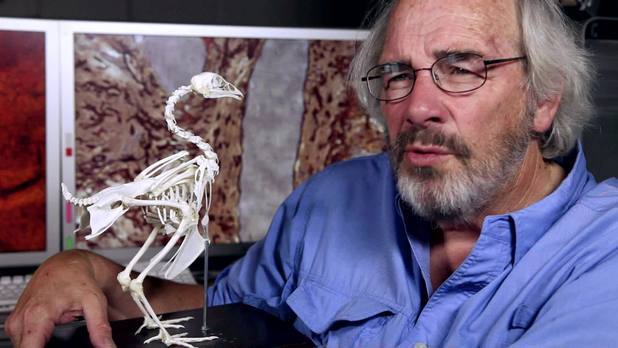 Imagine a living, breathing dinosaur, mammoth, or neanderthal. This is the story of science's latest frontier, a global scientific investigation into DNA sequencing and bio-molecular cloning, to understand how scientists around the world are competing to be the first to rewrite the history of our planet and resurrect creatures from the past. Far from science fiction, three scientists have made it their mission to turn this dream into reality. From the labs of MIT to those of Kyoto, capabilities are here: it is no longer a matter of 'if' but only a matter of 'when'. Date Added: 10/09/2014

1928 Frederick Griffith, working with the bacteria Streptococcus showed that a chemical could change harmless bacteria into pathogenic (disease causing) bacteria. He found that the smooth strain killed mice, the rough strain did not. But if he mixed dead smooth bacteria with live rough bacteria the mice died, and had live smooth bacteria in them. (The rough bacteria had absorbed DNA from the dead smooth ones, which changed the rough strain into the deadly smooth strain).

1941 Barbara McClintock shows that genes are on chromosomes.

1952 Alfred Hershey and Martha Chase used viruses labeled with radioactivity to show that DNA is the genetic material.

1953 Rosalind Franklin, James Watson and Francis Crick use X-ray diffraction to work out the structure of DNA.

Before either mitosis or meiosis ( during interphase ) the DNA is copied inside the nucleus.

In 1957 Matthew Meselson and Franklin Stahl using bacteria showed that DNA replication was semi-conservative ( each new pair of DNA strands contains one old strand and one new one).

How the DNA is replicated

1) The two strands of DNA separate.

2) Each strand acts as a template (or model) for a new DNA strand.

3) The enzyme DNA polymerase forms new DNA sections
working from the 3` (3 prime) end of the original DNA to the 5` (5 prime) end.

5) Nuclease enzymes correct any mistakes in the DNA.