This guide contains links to information resources related to Physics, including indexes & databases that can be used to find publications, reference works, data resources, style guides, and pages linking to resources on specific topics in Physics. 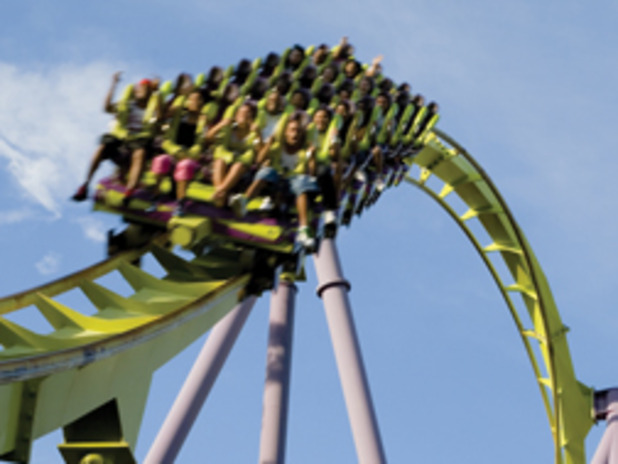 Why Physics?  This unique program goes on a fast-paced road trip to answer the “Why Physics” question. Journeying across the American Southeast, a host investigates the role of physics in our daily lives, as viewers gain an appreciation for the fundamental concepts and principles revealed by the people and places along the way. Everything from roller coasters to roadside attractions is used to explore physics concepts, while emphasizing the subject’s fun side. Viewers begin to understand that physics, far from being abstract and remote, is best observed in the immediate world surrounding us. 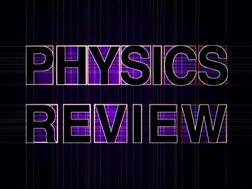 Changing States of Matter This program demonstrates the changeability of solids, liquids, and gases with real-world, easy-to-understand examples. Set at a campsite, the video utilizes simple tools at hand—a camp stove, pots and pans, boiling water, and ice—to explain the concepts of state change, latent heat, expansion, contraction, and sublimation. Viewers will become familiar with the particle theory of matter, how heat or cold changes the characteristics of a wide variety of materials, and how a great deal of technology relies on these transformations. Helpful animation sequences and concise chapter summaries reinforce essential physics and chemistry concepts. Viewable/printable educational resources are available online. (28 minutes)
Inside the Light: The Mystery of Light in Quantum Physics This program focuses on the spectacular achievements in quantum physics of 2012 Nobel laureate Serge Haroche as well as the University of Sussex’s Wolfgang Lange and others as it introduces viewers to the interaction of light and matter at the smallest possible scale. A lyrical portrait of the quantum world that addresses the creation and destruction of photons, quantum jumps, entanglement, quantum information processing, and more in a way that will appeal both to novices and the knowledgeable. Directed by Marco Tumbiolo. (41 minutes)
Einstein Made Relatively Easy

Introducing EinSteinchen, an animated techno-Einstein who has a genius for explaining physics. In section one of this DVD, this likable know-it-all elucidates 12 essential topics in 90-second segments that are perfect for launching lectures or illustrating concepts. Section two departs from EinSteinchen’s virtual world to show 12 cutting-edge applications or studies of Einsteinian physics in high-level mini-documentaries of two to five minutes in length.

• Absolute and Relative: How size can appear to be relative through perspective

• The Discovery of Slowness: Relativity of time when traveling through space

• As Fast as Light: Why light’s velocity is constant, and why nothing can outpace it

• Dancing Particles: How the forces that play a role in molecular interactions can be defined by formulas

• Electricity from Light: How light energy can be converted into electrical energy

• The Invisible Force: How gravity exerted by stars and planets keeps the universe in motion

• Wormholes: Theoretically speaking, how travel through a wormhole could provide a shortcut across space

• Nuclear Medicine—A Formula and Its Results: E=mc2 as it relates to PET scans

• The Speed of Light, Part 1—Light Researchers: A satellite experiment to test whether light really does propagate at the same speed in all directions

• The Speed of Light, Part 2—Radar Satellite: TerraSAR-X, an X-band radar mapping satellite that relies on measurements based on the speed of light

• Juggling Ultra-cold Atoms: Implications of Bose-Einstein condensation waves on the possibility of making a quantum computer

• Cloned Atoms through Teleportation: Implications of “spooky action at a distance” on the possibility of making a quantum computer

• Time Travel through Wormholes—Nothing More Than a Dream?: Speculations on wormholes and how, theoretically, to make use of them

How Wavelet Analysis Improves Geophysics, Biology, and Art History What if we could see through the issues of everyday life, convert them into numbers, and have a computer find the solution? The research of Ingrid Daubechies is based on the abstraction of the mathematical problems underlying science, engineering, and finance, among other fields, and the subsequent study of a solution through analysis. Daubechies, a Belgian mathematician and physicist, has taught at Rutgers, Princeton, and Duke; she is also the first woman to lead the International Mathematical Union and be awarded the U.S. National Academy of Sciences Medal in mathematics. Daubechies pioneered the use of wavelets as a mathematical tool to extract and store information from diverse data sets, like audio signals and images—and in this video of a 2011 Falling Walls Conference, she shares her latest successes in perfecting the conversion from analog to digital signaling and elaborating reversible algorithms in the fields of geophysics, biology, and art history. (17 minutes)