Florida in the Civil War Photos and History 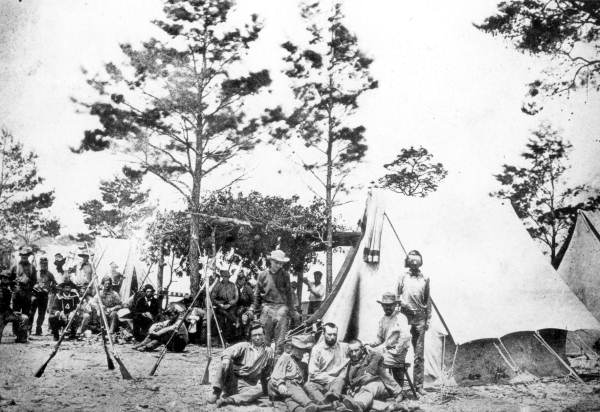 Of the Black Codes passed in 1866 (after the Northern reaction had become apparent), only Florida's rivaled those of Mississippi and South Carolina in severity. Florida's slaveowners seemed to hold out hope that the institution of slavery would simply be restored. Advised by the Florida governor and attorney general as well as by the Freedmen's Bureau that it could not constitutionally revoke Black people's right to bear arms, the Florida legislature refused to repeal this part of the codes.

The Florida vagrancy law allowed for punishments of up to one year of labor. Children whose parents were convicted of vagrancy could be hired out as apprentices.

These laws applied to any "person of color", which was defined as someone with "at least one Negro great-grandparent"  or one-eighth black ancestry. White women could not live with men of color. Colored workers could be punished for disrespecting White employers.

History of the Confederate Pensions in Florida

Click here or on the image above to learn more about the history of the Confederate Pensions in Florida,

Floridians in the Civil War: Risking Their Lives for Salt

Florida was a vital source of beef and salt for the Confederacy. Florida beef became especially important after the Confederates lost control of the Mississippi River in 1864. The flow of beef from Texas was almost completely cut off. Florida’s vast supply of cattle became a critical food source for the Confederate Army.

The Confederate army’s meat supply was preserved with salt. With the Union blockade in place, the Confederate states turned to local sources for this important mineral.

Large saltmaking operations appeared all along the Florida coast. Workers would boil seawater in large metal vessels. Once the liquid had evaporated away, the salt would be left behind. Workers would then package it and haul it away. 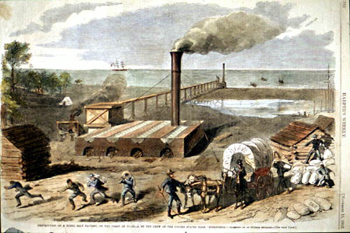 Destruction of a rebel salt factory on the Florida coast (1862)

Destruction of a rebel salt factory on the coast of Florida by the crew of the United States bark Kingfisher, September 15, 1862.

Floridians in the Civil War: Risking Their Lives for Salt

Joshua Hoyet Frier, Reminiscences of the War Between the States by a Boy in the Far South at Home and in the Rank of the Confederate Militia 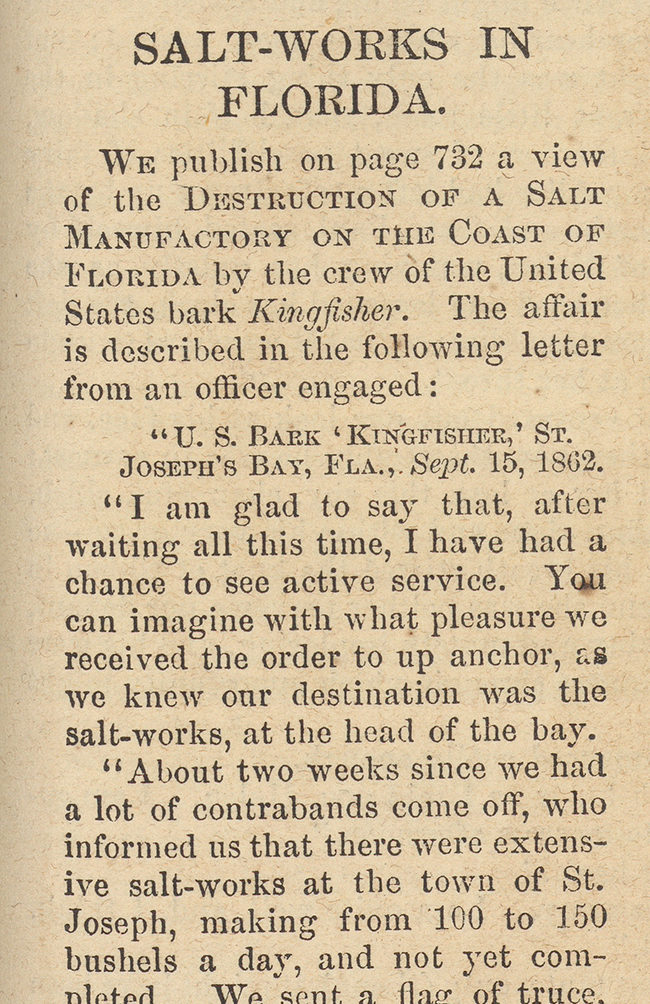