"The Patriot War managed to eventually accomplish the one thing that the country’s War of 1812 failed to do: it brought new territory into the United States, and it ultimately led to the founding of Jacksonville. The Florida Territory was sold to the United States in 1821, and by 1822, “Jacksonville” was the name of the new town at the bend of the St. Johns River."

For full article click here or on the image below. 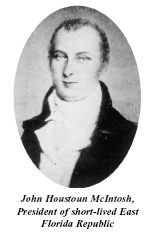 The Other War of 1812: The Patriot War and the American Invasion of Spanish East Florida

The Patriot Constitution of 1812 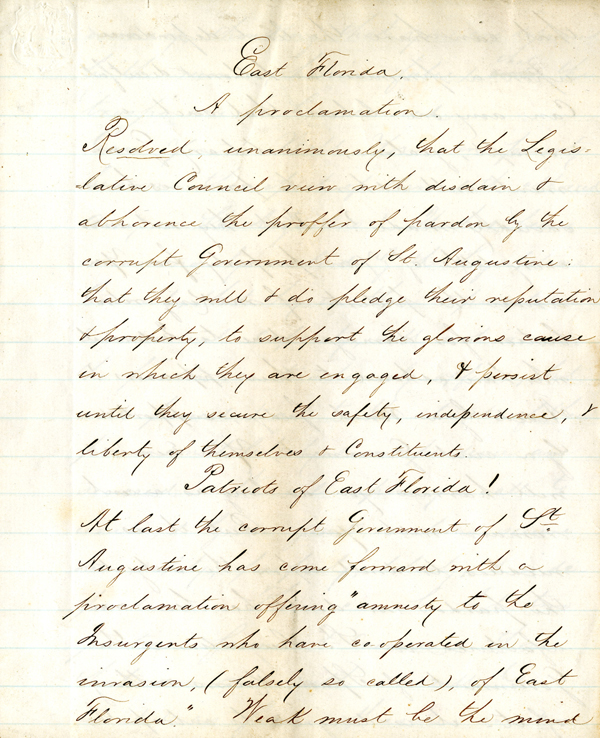 The original Patriot Constitution and associated documents reside in the collections of the Florida Historical Society (FHS) in Cocoa. The FHS lent the original documents to the State Archives in 2013 for digitization.