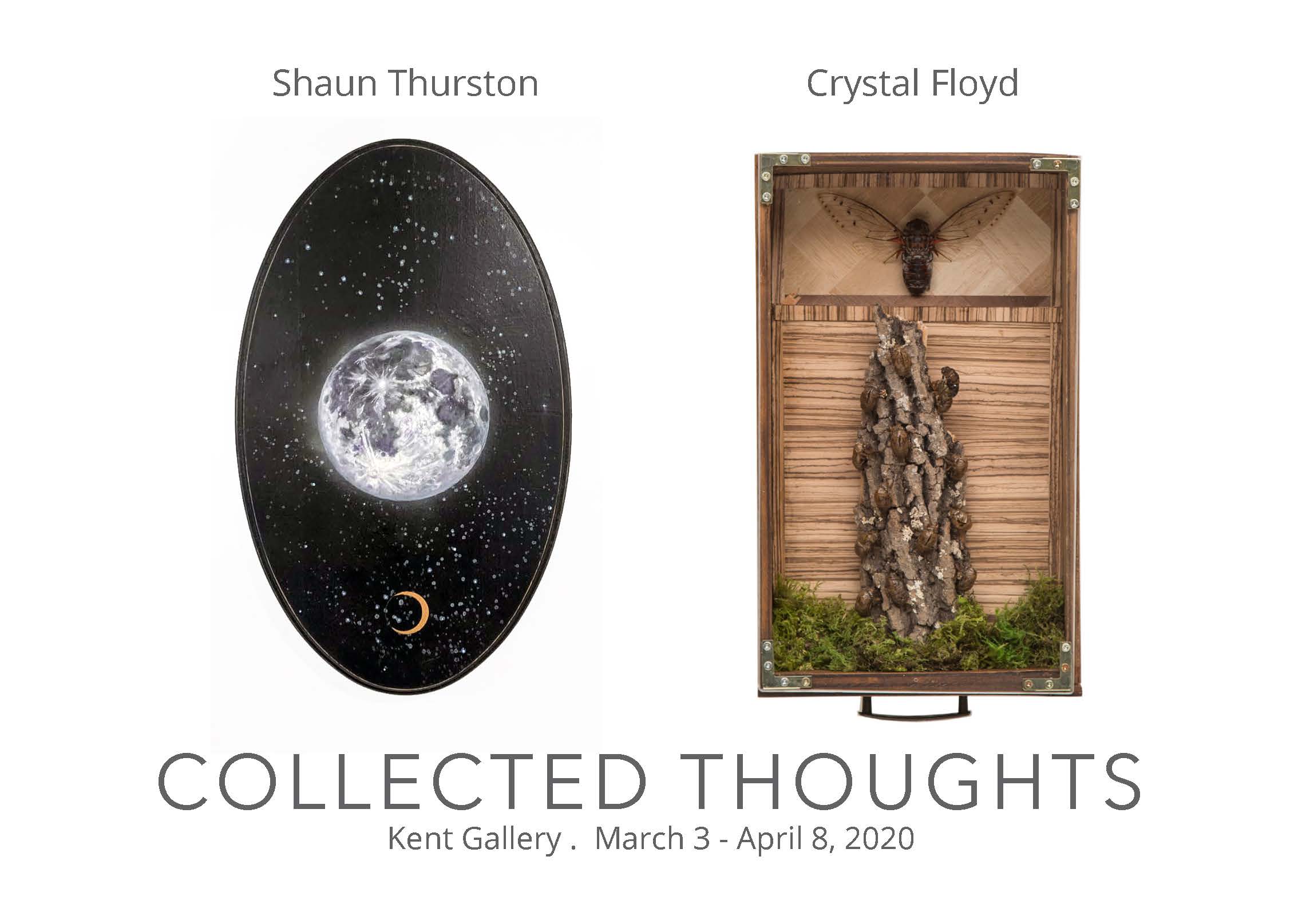 Like her subject matter, Crystal Floyd’s creative output thwarts classification, utilizing a variety of mediums, most prominently found objects, preserved flora and fauna, textiles and living plants. Her work touches on concepts of nature and fantasy, drawing from her almost obsessive desire to collect and catalog objects of inspiration. She frequently blends concepts of old and new, organic and artificial, whimsical and mundane. One detects a strong sense of history and magic at play in Crystal's visual vocabulary. This sense is undoubtedly connected to her lifelong ties to the South, an area that is as weird as it is beautiful.

Shaun Thurston restlessly explores the boundaries of scale, medium and technique from graphic paintings to small mixed media pieces, focusing on real and imagined visions of flora and fauna.  Best known for his public murals that grace the urban core of Jacksonville, Thurston was also one of the few artists chosen to exhibit in MOCA Jacksonville’s atrium, which he transformed into a four-story painting of crystal formations in glorious color.  This exhibit includes figurative works, graphic paintings as well as other layered and textured pieces that both carefully witness and create mythologies of the world around him.