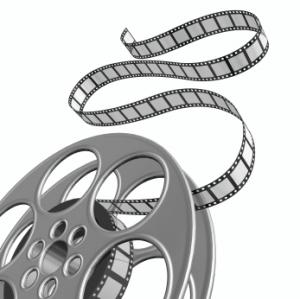 FSCJ has over 100 films for immediate download on biotechnology. Click on the image above to watch anyone of them.

This produces a genetically modified (GM) plant or animal. This can be used to improve crops, for example by adding a gene for Vitamin A to rice. Golden rice Roughly 80% of corn and cotton grown in US are GM. Pigs are being produced with "healthy" omega-3 fats. Pigs

DNA can be extracted from skin, blood, hair, sperm, saliva etc. It is used in paternity cases to prove that someone is the father.

RFLP is used in murder and rape cases : first used in Florida in 1988. It can be used to prove that someone is innocent, as well as proving guilt. Florida case It can be used to identify bones, for example soldiers killed in battle. New recruits now have to give blood or cheek cell samples ( used as genetic dogtags in the military ). It was used in 1994 to identify the bones of the Russian royal family. Czar

Polymerase chain reaction : PCR
This uses DNA polymerase to make many copies of DNA. It is often used before RFLP analysis. PCR was invented in 1989, by Kary Mullis. PCR. This allows crime investigators to get a DNA fingerprint from a single hair or drop of blood.

Plasmids
Plasmids are circles of DNA from bacteria. Plasmids can be removed, altered and put back into bacteria, so the bacteria make new proteins. This is called genetic engineering. Examples : human growth hormone and insulin. Diabetics need insulin injections. Previously the insulin was extracted from human blood, which ran the risk of accidentally transmitting viruses. Now insulin can be produced safely from genetically engineered bacteria.

Gene therapy
Genes can be inserted into cells using retroviruses. Potentially this can cure genetic diseases. The main problem is getting human cells to accept and use new DNA. Gene therapy first worked in 2000. Gene therapy. In addition to treating genetic diseases, gene therapy can also be used to boost the immune system, for example to treat cancer.

Hybridization
In this technique, a radioactive molecule with a particular sequence of bases ( a probe ) is added to chemicals . The probe joins to, or hybridizes with, specific sequences. Hybridization is used to pick out particular molecules eg genes or proteins.

In artificial cloning, the nucleus of the cell to be cloned is inserted into the cytoplasm of another cell. First clone using this method was a sheep: Dolly in 1997. Cloning Will a clone live as long as a normal animal? Dolly dies young

Cloning would be useful for:
A) copying domestic animals with useful genes.

B) cloning could help increase the population of an endangered species, or possibly revive extinct species. Species.

D) human cloned cells could be used to cure diseases. Therapeutic cloning means taking the DNA from the cells of a patient and using stem cells to grow new tissue. Link

Stem cells Stem cells are cells that divide rapidly to produce new cells. They are important in growth and repairing damaged areas.
Adult stem cells, from bone marrow for example, can form a limited number of types of cells. Bone marrow

Stem cells from umbilical cords can form a larger variety of cells. Cord cells Stem cells from embryos can form into any cell in the body. Usually harvesting the stem cells kills the embryo, but a new technique allows the embryo to survive. New Scientist. Stem cells could be used to cure many diseases, such as diabetes and Alzheimer's disease.